See our participation in an ecological project

The Ya sails around the world without using fossil fuels. No diesel, no gas, no petrol. On-board life is energy neutral and very comfortable.

There are three “generators” on board the Ya: the windmill, the solar panels, and the propellors-plus-dynamos. This article tells about the dynamos and the Autoprops. It is easy to run them, and they always run when doing over 5 knots. Roughly, for 90% of our the sea time the props deliver electricity, for 9% they are not used because of no wind, and only 1% of the time we use it for propulsion.

Under the ship are two propellors, each connected to a dynamo. When sailing, the propellors give resistance and start spinning. We switch each electric engine to the dynamo function and the dynamo delivers electricity to the batteries. 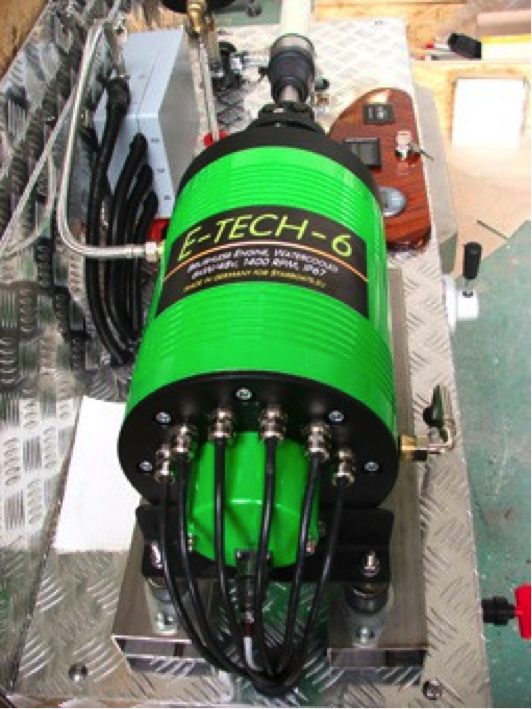 An electric motor with a permanent magnet can easily be switched into an efficient dynamo. Technically, this type is the same as the old-fashioned bicycle dynamo. The revolutions of the current electric motor (and therefore dynamo) do not have to be very high. So you don’t need a reduction box. And a slow rotating propellor is more efficient, in generation and in propulsion. But on slow rotations, the propellor must be bigger and should be designed differently to create such good efficiency.

With one button, each of the two 6.5 kW E-Tech engines can be switched into dynamos. These engines/dynamos have been chosen for several reasons. These motors are permanent magnet motors and perfectly suited as a dynamo. Five things were decisive for choosing E-Tech

However, such a motor is more expensive to purchase, so people buy the cheaper one and then use a reduction gearbox. However, due to the gear transmissions, such a reduction means resistance, so less energy to (propulsion) and from (generation) the propellor. Another advantage of the lower revolutions is that all moving parts don’t wear out. A more durable life and a higher reliability. 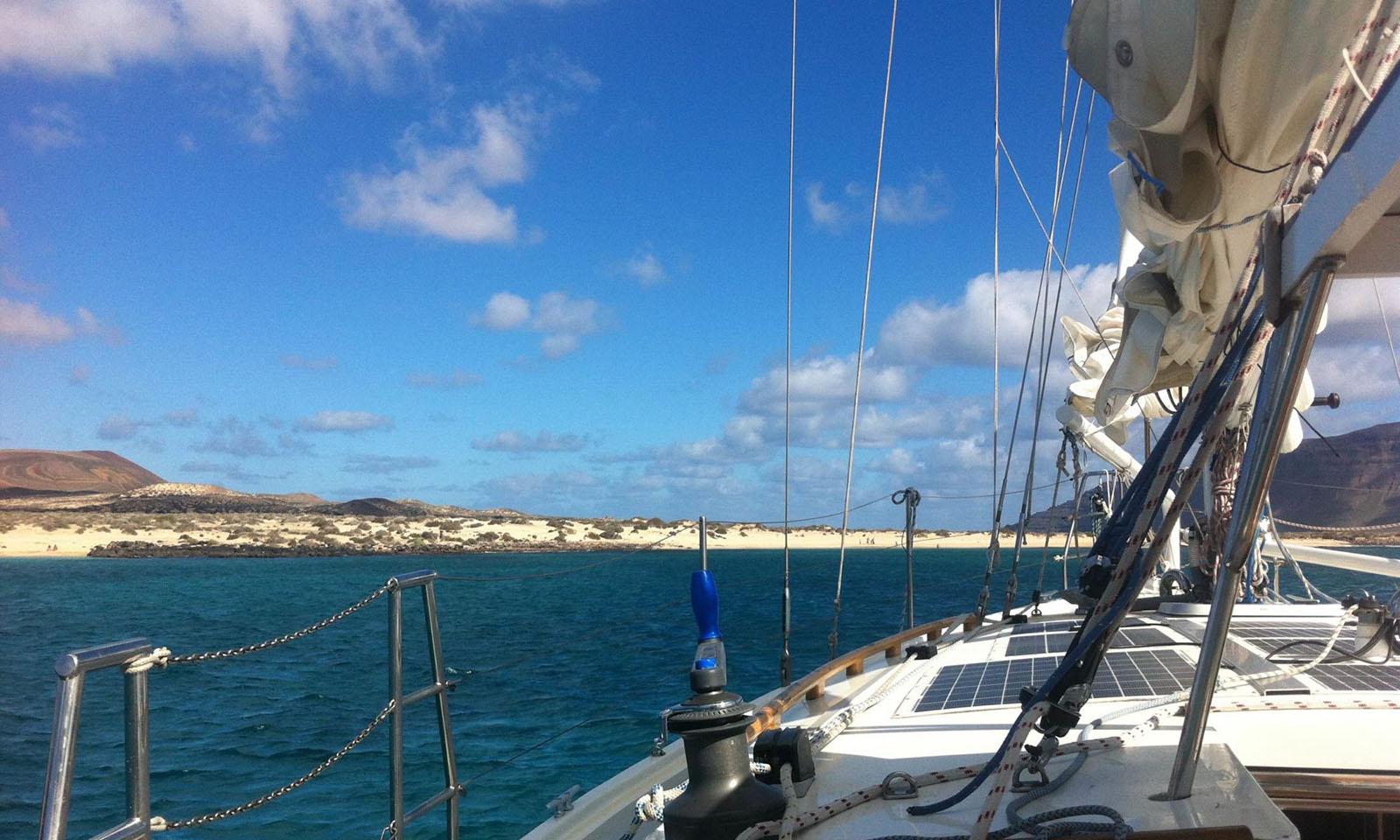 The Ya is specially designed and built as a sustainable sailing vessel. She has a proven track record. Already the Ya made a trip around the world, being the first vessel ever not using fossil fuel at all.

We are glad that as a manufacturer of E-TECH electric drives, we have a significant influence on making the world better. clean air is only one of the positive effects of our work.

Do you want to know more about this project? Visit the website www.fossilfreearoundtheworld.org 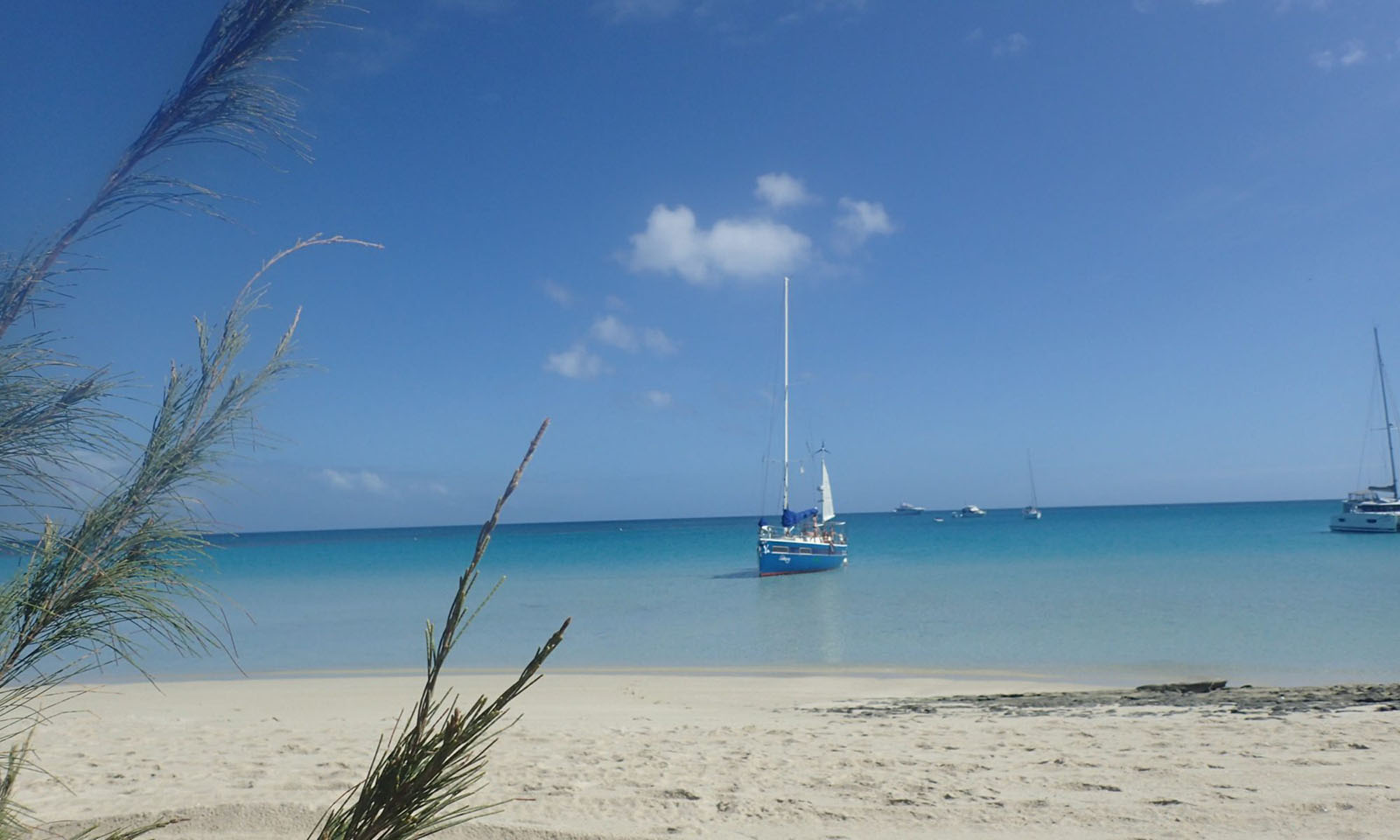 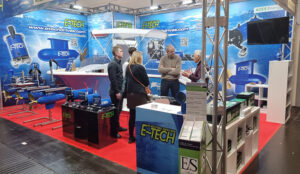 We are waiting for you until Sunday

Until Sunday, January 29, 2023, we are at boot Düsseldorf after several years of Covid-19, this year we can finally meet you during this amazing 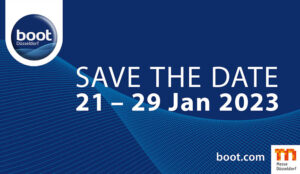 We really can’t wait. On January 21, 2023, Düsseldorf’s top boot fair will begin. It’s gonna be a great party. Are you planning 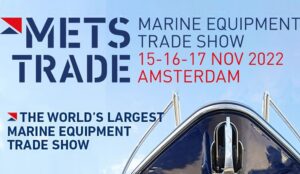 The METSTRADE Show is the world’s largest trade exhibition of marine equipment, materials and systems. You can’t miss it! Amsterdam | 15 – 17 November 2022 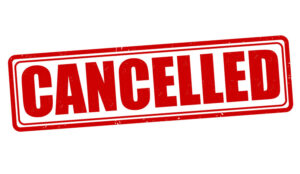 Last-minute message from the event organizers. Based on the weather reports from NOAA and consultation with the City of Tampa, Tampa Convention Center and other 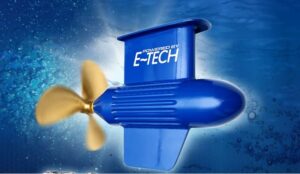 Special sale until the end of August:

Pick your system and save August special up to -25% discount!* Discounts you were looking for: Single motor 5% discount for all E-Tech products Double 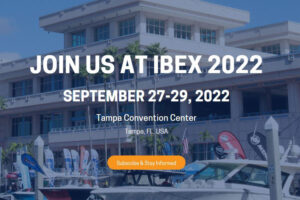 E-TECH ELECTRIC DRIVES Booth 2-105 We look forward to incredible event. IBEX 2022 is an annual event for those who are keen on boats and